Mark your calendars for Academy programs. The Academy’s Discussion Nights are held at the Center for Sex & Culture located 1349 at Mission Street, between 9th and 10th. Doors open at 7:00 p.m.; the program starts promptly at 7:30. There will be a short break at 8:30 and the program will conclude at 9:30 p.m. Light refreshments are provided. All genders and orientations are welcome.

Programs are FREE. Donations are encouraged.

“That’s DISGUSTING!” The dynamics of shame and overcoming fears of rejection”

According to a January 30, 2015, article posted by Kali Holloway on AlterNet entitled “Anilingus: The Other Oral Sex. We’re entering an age of more sexual openness about butts”,

The idea that ass play somehow makes you gay, and not just a human who has a staggering number of nerve endings down there, is a notion that dies hard, yet it seems to be receding ever so slightly. . . .

ABOUT THE PROGRAM: During tonight’s program, our distinguished panel will discuss the following topics while entertaining the thoughts and experiences of those in attendance:

ABOUT OUR PANEL: in alphabetical order 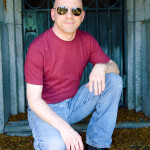 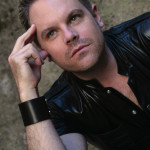 Richard Sprott entered the San Francisco leather scene in 1990, and after a few years joined the Defenders/SF in 1995. That led to involvement in the Leathermen’s Discussion Group, serving on the Board since its inception in 1999 until 2006, and then returning to the LDG Board in 2011 to help start up the LDG Mentoring Program. Richard served on the organizing committee of the SF Leather/Levi Weekend from its inception in 2001 until 2006; and he was chosen as SF Leather Daddy XXIII in 2005. In 2009, he was chosen as Mr. Alameda County Leather 2009, a title produced by the Alameda County Leather Corps. He is also serving currently as the Executive Director of CARAS (the Community-Academic Consortium for Research on Alternative Sexualities), a nonprofit corporation designed to promote scientific and scholarly research on kink/BDSM sexuality, polyamory and other forms of negotiated non-monogamy. Richard also is one of the founders and serves as a director of TASHRA (The Alternative Sexualities Health Research Alliance). Richard has a Ph.D. in developmental psychology from UC Berkeley. He is co-author with sex therapist David Ortmann of the book “Sexual Outsiders: Understanding BDSM Sexualities and Communities” which was published in November 2012 by Rowman and Littlefield. He has a wonderful leather family supporting him: his husband Dave, his pup Spunky, his dog Chomper, his slave eric, his slave lyle and his boy Mike.

The first mention of the enema in medical literature is in the Ancient Egyptian Ebers Papyrus (c 1550 BCE). One of the many types of medical specialists was an Iri, the Shepherd of the Anus. Many medications were administered by enemas. There was a Keeper of the Royal Rectum who may have primarily been the pharaoh’s enema maker. The god Thoth, according to Egyptian mythology, invented the enema.

The Olmec from their middle preclassic period (10th through 7th centuries BCE) through the Spanish Conquest used trance-inducing substances ceremonially, and these were ingested by, among other routes, via enemas administered using jars.

The Maya in their late classic age (7th through 10th centuries CE) used enemas for, at least, ritual purposes, in the Xibalban court of the God D whose worship included ritual cult paraphernalia. It is hypothesized that these enemas were for ritual purification and the ingestion of intoxicants and hallucinogens. The Maya illustrated the use of a characteristic enema bulb syringe by female attendants administering clysters ritually.

In the 2nd century CE the Greek philosopher Celsus recommended an enema of pearl barley in milk or rose oil with butter as a nutrient for those suffering from dysentery and unable to eat and Galen mentions enemas in several contexts.

In medieval times appear the first illustrations of enema equipment, a clyster syringe consisting of a tube attached to a pump action bulb made of a pig bladder and the 15th century Simple piston syringe clysters came into use. Wikipedia

ABOUT THE PROGRAM. During this 90 minute discussion, our presenter, Ben Pattee, will lead us through discovering and utilizing the enema from the practical to the sublime and as a form of sexual expression. (There will not be a demonstration.)

Mr. Pattee is in the process of writing and publishing a book of his findings. Tonight he will discuss the following topics:

In addition, Mr. Pattee will have on hand some of his specialized, handmade, one-of-a-kind equipment (with hints on how you can build your own). He is hoping for some lively discussion! 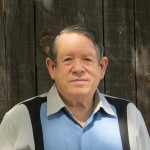 Ben describes himself as, “an advocate, an aficionado of enemas. I am not a medical specialist such as a doctor or sex therapist but I have studied this subject well and continue to study it today. I have talked to sex educators, medical doctors, colon hydrotherapists and other people in the medical fields along with researching the subject in medical books, sex manuals, the Internet and from people belonging to enema clubs as well as trying many of the different solutions, toys and procedures on myself.”

TRUVADA: Who Should Take It and How to Get It. 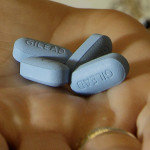 Everyone is talking about taking Truvada for PrEP (Pre Exposure Prophylaxis) as a way to prevent exposure to HIV. Tonight’s program will discuss the following topics:

For this discussion, we will be joined by a powerhouse combination of folks: Stephanie Cohen and Richard Blue from the SF Department of Public Health, and David Evans and Alan McCord from Project Inform.

This program is open to all genders and orientations. It is FREE (donations are encouraged.) Light refreshments will be available.

This year we have assembled 2 medical doctors for our panel! We’ll be taking your questions for these doctors in a number of ways:

J.R. Gatpolintan, M.D. is a practicing physician in San Francisco. Dr Gatpolintan is board-certified in internal medicine and in infectious diseases. JR received his medical degree from the University of the Philippines College of Medicine, followed by an internship & residency at State University of New York in Brooklyn, and an additional fellowship in infectious diseases at UC Irvine Medical Center. His professional interests include:

Charles Moser, PhD, M.D., received his PhD in Human Sexuality from the Institute for Advanced Study of Human Sexuality in San Francisco in 1979 and his MD from Hahnemann University (now known as Drexel University College of Medicine) in Philadelphia in 1991.  He is also a Licensed Clinical Social Worker in California and maintained a private psychotherapy practice specializing in the treatment of sexual concerns prior to his medical career.  He is Board Certified in Internal Medicine by the American Board of Internal Medicine, a Fellow of the American College of Physicians (FACP), and a Fellow of the European Committee of Sexual Medicine (FECSM).  Currently, Dr. Moser is a Professor and Chair of the Department of Sexual Medicine at the Institute for Advanced Study of Human Sexuality.  He is also affiliated with Sutter Pacific Medical Foundation where he practices Internal Medicine and Sexual Medicine (the sexual aspects of medical concerns and the medical aspects of sexual concerns). He has authored or co-authored over 60 scientific papers or books.  His complete CV can be accessed at http://home.netcom.com/~docx2/CV.htm.

Additional programs to be posted soon!